How are we already halfway through this year?! 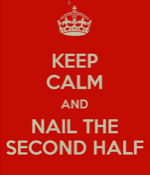 It must be all the changes that have gone on since January; that's the only explanation I can think of to how fast the last six months have gone! Phew!

But here we are, summertime at last (well, England's version of it at least - warm and rainy). Restrictions are still in place to 19 July - 'restrictions' being mask-wearing and social distancing when inside, so mild at best. People still fuss. Anyhoo. We're getting there, and I think are just going to have to get used to living with variants. Mother Nature will always be several steps ahead of us, no matter how smart we think we are. We've unbalanced everything so shouldn't be surprised when nature fights back.

Otherwise, all is still well. I've had zero side effects from my second jab (to the point where I've actually forgotten I've had it until reminded!), which is great. There's some noise about a potential booster for the autumn, but I guess we'll have to wait and see what happens with that.

I'm down to 'fumes' in my account again, despite trying to work hard to not be. Payday is Tuesday, so I've had to 'borrow from Peter' again (not a CC this time!) to see me through, food-wise. That's okay, as I'm expecting a (modestly) hefty cheque then, so plan to replenish + some extra. I started using cash for groceries a couple of weeks ago, which worked reasonably well, but I still fell short. I *think* this may be because I scoop my change out and save it, rather than continuing to use all of it as designated funds. It means that my change bowl is looking much healthier than it has in quite a long time, but also means I'm short in my food budget...which means I'm borrowing from where I shouldn't.

Perhaps if I only kept my silver, rather than my £1 & £2 coins? Hm. On the other hand, I DO redeposit my coins once I've got enough to do so, so it's not all bad, just means I'm not really paying attention as closely as I need to be. Anyway, something to bear in mind going forward.

Work is fine. H has been coming in three days a week and mostly is just helping with the typing (which is fab!), but has also been taking the time to learn about what T & I do in our jobs. It's a lot to take on board and she's struggling a bit at the moment, but it's very early days yet and there's lots of time to get everything straight in her head. Plus, the more she does it, the better and easier it will get. She and I had a rather long chat a couple of weeks ago and I was relieved that all my concerns about T are actually spot on, and not just something in my head. Saying that, T does know her job well and is busy showing H all about it.

I actually said 'no' to something the other day that she tried to get rid of. It's just little things like I've said before. She & I share taking the post to the post box at the end of the day. It's not an onerous job - not even a daily one anymore - and means we get to leave a few minutes early to make the collection time of 5:30. T joked that I'd have to do it all now because the car park where she now parks is the wrong way from the post office and she couldn't be bothered. I was tempted to say 'yes', because who doesn't like to leave the office a few minutes early, right? But, on the principle of it, I said that when I was driving I always parked where she now parks, and it was (usually) always me who ended up taking the post anyway. So, a roundabout 'no', but a 'no' nonetheless. It sounds SO petty when I write it out, but honestly. Just, no.

Otherwise, H and I are on the same page about how things can work going forward. It's too early to put any nails in the proverbial coffin about things, but H's job description has a lot of stuff on it that's not necessarily onerous, regular or difficult (photocopying, for example, and typing reports, etc.). It's the few things that only P knows which will be probably the most difficult for her, but it's also a matter of finding her own way of doing it. P has a tendency to overcomplicate stuff and is a great fan of spreadsheets that don't make sense to anyone but her. Ha ha!

Anyhoo. Work = people and all their quirks that you wouldn't necessarily see if you were 'only' friends, right? I've never won any 'employee of the month' awards and have done some Very Dumb Things, and it's not like I'm always easy to get on with. I certainly have my own way of doing things/expectations of how things should be done (after many years of not being a great employee). I just want things to be fair, and I don't think there's anything wrong with that.

My first volunteer shift at the cafe is 24 July and once a month through to September. I'll need a proper refresher, as I'm not sure how much I'll remember and things will have changed since last year, too, with all the precautions and changes to service. Still, it'll get me out of the house for a few hours and will be nice to see the manager again. Plus, it's a lovely village, and the pet food shop there sells fantastic bird feeders. I'm in the market for a couple more, so will try to stop in and have a look to see what they've got. There's also a great little charity shop, where I've found several fantastic things, and I've got a box of bits & pieces to get rid of (like everyone else, I'm sure).

Next week I'm going to get some petrol for the car at long last. What remains of last October's petrol is old and needs a refresh. I might also take the car for a spin up the dual carriageway if it's quiet as it's been a few weeks since she's had a good run. She'll have a good, solid 2.5 hour run in mid-July, though, when I go to see my sister in Devon. Long overdue.

One thing I'm bringing back from Devon is my bike, which will make my travel to/from the office about half of what it is now. :) I've got somewhere to keep it safe and dry at the farm, so will have to check where I can put it at the office, as there's no designated bike lockup. Anyhow, one thing at a time.

On the reading front, I am finally at the end of my NetGalley review books (apart from a few that I've not, for some reason, yet read and which are at least a couple of years old in some instances). And, now I'm at a bit of a loss of what to read! I can read literally anything in my Kindle library or from my (limited) RL shelf, and I JUST DON'T KNOW WHAT I WANT TO READ. This has never happened to me before. Ha ha! Guess that's the problem with having 900+ books to choose from: do I want to read about writing? Some non-fiction? Something light? Or something a bit darker and police procedural-ish? It's like having satellite TV...too much choice. Yeesh.

I did write a fun thing for writing group last week. One of the members sent a photo as a prompt and while I sort of followed it as a prompt, it was actually the email it arrived in that was the actual prompt. Because she hadn't written anything along with the photo, my email read 'no body'. THAT turned into a few hundred words of a murder mystery that the rest of the group is using as a prompt for next week's meeting - how does the story end? I honestly don't know where it came from or how I'm going to resolve it, but it will be fun to try. I had a lot of fun writing it and had great feedback on it, so want to see if I can pick away at it a little bit and make it into something a bit meatier.

Anyway, that's it from my corner of the world. I hope you're all well and safe and have a wonderful weekend!

Posted by Northern Living Allowance at 09:52

I think you're right to stand up to your colleague, T. She actually sounds pretty passive-aggressive to me. She'll soon get the hint (hopefully). And I like the bit about the "no body" email. I have a strange imagination but I doubt I'd have got to a missing body mystery from that. Very Larson-esque (Gary Larson, if you missed it)!

Hi Treaders! Thanks. She's actually not, that's more me, but I'm trying to take ownership and start setting boundaries. If she can, I can. :D Not sure where the bit came from, but 'Postlethwaite' and 'St John Marsh' popped into my head too, so take that as you may. I really do think it might have legs of a sort, it's just a matter of tinkering away at it. xx

Hey NLA! Been a while since we have heard from you. Hope all is well. Greetings!

Sending you good vibes, hope all is going well!!! Just thought i would pop in and say hello <3

Wondering how you are doing? Hope, all is well.

Merry Christmas, hope you have a wonderful holiday season!

Hi JiCaLu - thank you very much! And you - wishing you the best of the season (and thanks for checking in/sticking with me!) x