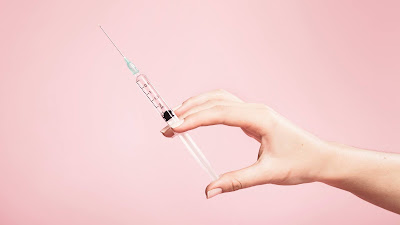 Hooray! I'm finally all done and feeling quite relieved about it. I took the bus to Salisbury yesterday for my second jab, and was in and out of the vaccine centre in about 10 mins or so; I was even early and as there was no lineup, there was no issue about going straight in. Plenty of people to help direct you where you needed to go, and it was super efficient. The only difference from last time (so far) is that there was actually quite a pinch when the needle went in. Otherwise, last night I slept 10 solid hours (!), which is unheard of.

That, I think, is a combination of the heat (it was about 23C), the jab, and 'all the activity' I had in a day, which mainly meant being amongst more people than I've been around for more than a year. Exhausting! I've not been to Salisbury before, so did spend about an hour or so poking around afterward, but the longer I was there, the more I just wanted to go home. I have decided that it's going to be a 'destination visit' for me when I'm on holiday next month, as it's a beautiful city and there's so much to see. I was reconnoitering shoe shops, charity shops, etc., and I will aim to loosen the purse strings a bit next month and update a few bits & pieces.

It sounds silly, but I fussed about what to wear. I ended up in jeans & a t-shirt, which is pretty standard for me, but part of my worry was that on Friday I was wearing shorts and found a tick on my upper thigh (somewhere you'd only discover during a trip to the bathroom, which is how I found it)!! EEEEEYYYEEEEWWWW!!!! It was a very tiny one, and I got it all out, but that's why I was worried. The walk to the bus stop is through, in some places, knee-high grass and I just didn't want to risk another tick. So, instead, I was just too hot...

Anyway, it's all done and I know for next time. I'll probably wear a skirt, particularly as cities do tend to get hotter and risk the stupid ticks... cannot for the life of me figure out the purpose of ticks, despite knowing that everything has a place in nature. Gross.

The bonus I got at my review will actually be on my paycheque at the end of the month (along with a 5-day 'bonus' of my new wage which took effect from the date of review), so nothing changes this month. So far, though, I've been doing well, and have everything covered to the end of the month. I'm being really strict with my food budget, but it somehow feels easier to do that in hot weather, because you don't want to eat heavy, meat-centred meals all the time.

For the past couple of weeks, I've basically been eating a big salad (I'm boring and eat the same kind every time), plus some sort of protein and an apple mid-afternoon. I'm trying to keep everything reasonably simple. I don't like cooking anyway, so this is a pretty straightforward, tasty and healthy way to go about things. Plus, in the summer you just lean towards salads anyway, so it's not too big of a stretch. I'm still wasting an awful lot of food, though, despite my best intentions, so that's something I need to change.

Otherwise, nothing too exciting this update. A lot of folks waiting to hear the G7 news re: travel, I imagine, but I don't think much is going to change. Not with our numbers increasing again with yet another variant. My new colleague, H, is desperate to get to the US to see her son & granddaughter this summer, but I'm not sure Biden is going to allow travel, not with having made so much progress in the right direction now. Plus, she'll have to spend 10 days in quarantine when she gets back, which she'll have to account for in her time away. She's not particularly hopeful about today (when Biden and Johnson have their confab) but will accept the result whatever happens. Obviously, if travel is given a green (even amber) light, then she'll go as soon as she can get everything organised. I'm resigned to visiting Canada next year, as I don't think I can this year anyway (think they're closed to outside travel?). Part of my plan for my RSP money next year is to get myself organised for that, as I need to get a new Canadian passport anyway, and I can't imagine flights are going to be cheap, etc.

But that is not for now. Today I'm going to rest and read and just pay attention to how I'm feeling. I literally have zero to stress about, so am just going to enjoy my time. The bird feeder is full, the windows are open, the breeze is delightful and I've got 900+ books on my Kindle to choose from.

Hope you are are well and safe and having a wonderful weekend.

Posted by Northern Living Allowance at 12:02

Congrats on your second shot! Mine is on July 17th. Can't wait to get it done. A friend of afriend went to the US for her son's gradution. She was not even vaccinated. I wonder how that happened.

Aren't lazy summer days just wonderful! And I think you're right about not travelling any time soon. I think I'm looking at next spring before I even think about a trip somewhere as I still feel the covid situation is too unstable right now. In any case, there's enough to see in your own back yard usually isn't there, so enjoy Salisbury next time you get to visit. Oh to visit that cathedral would be heaven!

We were wondering how the number were with the new variant... And now I know. We can book our second jab as of the 21st. LG will be going with the phizer, I'm good with either that or moderna... My DD got her second jab last night, so fingers crossed i will see her by Christmas! :) Glad things are going ok. I get you on the food waste thing, I'm terrible for buying fruit and not eating it... ( or making muffins with it LOL)... We use up everything else... But, it's soon to be local berry time, and I'll be busy freezing all the local goodies! :) Our freezer finally came in after 10 months...

Congratulations on being all vaxxed up!! I am double dosed too, but Ontario is worried about the variants along with the UK. I just want to see my sister in the US, but it is tough she is Canadian but none of her family is (they're all American, haha) So other than that, no travel for me. I hope your work stuff continues to go ok, along with the budgeting!!

Hi T'Pol! Thank you, it's a relief really to have it all done. Although now there's talk of boosters in the autumn! Good luck with your second one next month. I had no issues at all - just a bit of a pinch when it went in. Yikes on going to the US! I know they're on 'amber' for us (need to quarantine on return) but travel in general is not on my list this year, apart from a visit with my sister next month in Devon. xx

Hi Treaders - they are indeed! My favourite kind. :) Yes, sticking close(ish) to home as there's plenty to see and do here anyway. England's pretty okay - ha ha! A visit to the cathedral is definitely on the list. I can't believe I've not been there before! Ah, well. Soon, soon! xx

Hi Sam! Yes, it's hard to say with this Delta variant around now. Numbers in the North are higher than they are in the south, but no surprise the restrictions were extended. They're comparatively mild, but there's still folks fussing. Anyhoo. Glad things in your corner of the world are going well - good luck with your second jabs! No issues with mine at all. Hm. I don't currently have a freezer (which may contribute to my food waste issue), so will look into getting a small one, I think. Stay well and enjoy your berry harvest! xx

Hi JiCaLu! Thank you - it's a relief, I have to say. Now I can start volunteering again. I think we're going to just have to live with variants (we do with other variants of flu, etc., don't we?) and deal with them as they come. Hope you manage to see your sister! It's a tough call, but now that the new administration is taking things seriously, hopefully you'll get to see her soon. xx