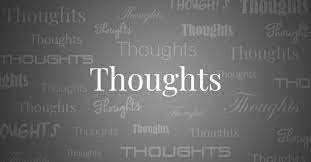 Something I didn't mention in my last post is that one of the reasons I'm *so* pleased with my bonus is that I've been rolling around the very slight possibility of having to ask my friend/ex-Roomie E to move back in with her. Things are tight and I've been struggling a bit to the point that I had to take a £100 cash advance from a CC to make to the end of May (I can hear the horrified gasps from here). Trust me, I know. I haven't done that since the '80s and was an even bigger idiot with money. While I'm glad I had the resource to hand, it's not ideal by any stretch.

Saying that, however, I had a gander at my food budget last month and saw that I'd DOUBLED it (my monthly grocery budget, FYI, is £130). No wonder I'm feeling so squeezed! Geez.

I don't want to move back in with anyone. I'm not kidding when I say that this place was meant to be (I legitimately said 'no' to it, and I still got it), so to give up because I can't, for some reason, stick to my own budget is admitting defeat to my lifetime of bad habits. I'm better than this, I just know it.

Also, next year I turn 55. I can access my locked-in RSP in Canada, for better or worse. I had a plan to dip into my LOC (again - I'm still paying this off) and use the funds from that to cover/clear some payments, bolster a savings account or two, etc. Then, once I could access the RSP funds, I'd clear everything. Again. And start over. Again.

But having had a chance to faff endlessly the past couple of days with my budget, now that I have an extra £800 (I took a couple of hundred for taxes, etc. for now) to work with, I now have a loose plan that does not involve dipping into my LOC.

Basically, I'm not going to use it to throw at any one debt, but to help me to carry myself from month to month.

This is my new June budget. This incorporates my current salary + overtime + bonus (selling surveys, not my review one).

The Visa and Barclaycard payments are sort of 'one-offs', as I want to round down the balances.

Any leftover each month will roll over to the following month.

The numbers for July (new salary TBC, but I don't think I'm too far off with my current guess) are below because the flat deposit, Visa, Barclaycard and car categories will differ. I want the initial numbers to give me a good reboot on my savings. Obviously, some of the items are flexible.

I recently also got a limit increase on my Barclaycard. This is the card that allows me to balance transfer for 0% interest.

So. My plan, which if I'm very, very careful with and which will see me comfortably through to next year without touching my LOC (ideal), is as follows. It's a bit 'borrowing from Peter to pay Paul'-like, but gives me breathing room, plus increases a couple of payments a bit.

Those are more or less the changes I want to make at the moment. Then, everything that's left over at my birthday next year will get wiped clear when I cash out my RSP.

While I'm able, I want to take advantage of not paying bills over and above my rent (which are all included). I won't be as lucky at the next place. Having debt in addition to paying all of that simply wouldn't be possible for me. Not that I have any plans to move (!!), it's just a reality that I need to bear in mind, and this seems like the best, most comfortable scenario for me.

I resent having to pay so much for the car when I'm not really using it, but getting rid of it isn't an option, unfortunately. I simply can't get to all the places I want to go on the bus or train, and having a car is an expensive convenience. At least I'm not still paying £85 a month for petrol! I'm not quite at the of the tank I had when I moved in here in October - 8 months is a pretty decent run for a tank, eh? I'll have to fill up next month, however, as I'll likely be going to visit my sister in Devon.

So just wanted to put this down 'on paper' while I thought about it, and so I have somewhere to be kept accountable. It seems a reasonable plan too, so fingers crossed!

Posted by Northern Living Allowance at 10:16

If you are not using your car at all, getting rid of it and using a car rental service might be feasible. I do not know your numbers (taxes, inspections etc.) of course but, doing the math may be worthwhile. Where I live, I have ZipCar and similar services. Would that be an option where you live? Or even a regular Car Rental Agency might make more sense if you are barely using one tankfull of gas in 8 months.

You may want to calculate the total cost of ownership vs renting a car say 20 days a year.

Good Luck with your new budget!

I love this!!! You can definitely do it. A couple of blogs I follow often find a lot of cheap food, like under a pound - so maybe you will find deals to make the food budget stretch! I hear you on the car, just remember to take it for a spin ever so often outside of the trips, haha! I can understand why you don't want to share your space anymore either - so wishing you lots of luck, I think you're going to do a-OK!

Hi T'Pol! My monthly car costs are just under £60 p/mth (I only pay tax and insurance and an annual MOT). I like your suggestions, which I actually think would work as long as I had longer-term travel plans. But for spur of the moment stuff or short, quick trips I'm not sure it's practical. I did honestly consider getting rid of it when I moved, but the convenience & practicality of having one outweighs the cost which, comparatively, is not that much. However, it is something that I will continue to weigh up because I think your idea is excellent. Plenty of folks live without cars and manage perfectly fine. Thank you! xx

Hi JiCaLu - Thank you! Food is cheap here, that's for sure. I just need to be much, much more careful and actually make dishes that will last for a couple of days. My dislike of cooking works against me, although I appreciate those days when I come home and have something easy to make and don't have to think 'what am I going to make for dinner?' and end up with toast. Ha ha! I also don't have a freezer at home (although I use the freezer at the office). Yes, I do try to take the car out occasionally. I'm not as worried this time of year, now that the weather is warmer, but it was definitely needed during the winter! Thanks, I'm quite pleased with my thought process about this, even though it seems to drag out the repayment process for longer. I still need to eat after all! xx

Oh I hear you. I am not a fan of cooking either, but do like bigger meals that last a while during the week - but I can eat the same stuff for a while once I have cooked it, haha. having no freezer is definitely a toughie too.

Yes, exactly! If I can make a big meal or two a week then I've got lunches AND dinners covered. Now that the weather is better, it's easier to drink lots of water and eat salads. Yum! xx

Since you're thinking of using cash for groceries (that's what I do), would you consider other "cash envelopes" too? This always worked for me and I've got my son hooked on it. Basically I only leave in my account what is debited automatically and "save" in different envelopes for different things Christmas, birthdays, my exercise classes, a heating fuel fund etc. - other than the small savings I put in the credit union and which I will not touch (there are loads of ways of doing this). Yeah it means I have quite a lot of cash at home but it works for me since it's too easy for me to swipe a card if I "budget" out of your bank account!

Hi Treaders - I have dipped into 'cash envelopes' before actually (via Canadian money maven Gail Vaz Oxlade), most recently about three years ago. I think I might try it again, as it's a great idea, and I like the part about leaving the direct debit amounts in the account. I know it's a much more tactile way of seeing what you've got and a far more accurate way of keeping yourself accountable. I can get envelopes at the office :) Thanks for the tip/reminder! xx