End of May - and sun. Finally! 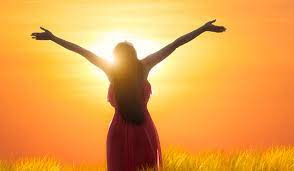 Pretty much how everyone in the UK is feeling right about now, I think! May has been absolutely sodden: wind, rain, chilly weather. The heating has only just been turned down/off, and this weekend we are finally, FINALLY, getting sunshine and proper warm temperatures. Hooray! I opened all my windows early this morning so the place will have a lovely airing out.

And, I'm off from today through Tuesday. I certainly timed that well, I have to say. I'm SO ready for a break and having some lovely weather to look forward to definitely helps.

I don't have any particularly grand plans, although I've made a to-do list to clear up a few things that I put off during the week: a proper clean and tidy of the place being at the top of the list. I'll do this in stages over the next six days, but it'll feel good to finally get the windows done, the floors swept and vacuumed, the window sills wiped, cupboards cleaned, etc. I've got a colleague stopping by for tea and a walk later this afternoon, which will be nice, and am visiting with my cousin on Tuesday morning. There's a garden centre in her village so I'll pick up what I need to do some repotting. My poor plants are desperate for more breathing room; I'm years overdue for this, and it makes sense to do it while I've got the time and motivation. If another couple of plants happen to find their way into my basket, well, that's not something I can fight...

I had my review on Monday afternoon. I always get nervous with these and of course, it's never bad (well, not so far!). Basically, I had an opportunity to vent (per last post) but opted to essentially say 'it's a work in progress', which, let's be honest, it is. There is always adjustment with new people starting and who would have thought to plan for working/hiring around a pandemic? It's just what it is, really. But, as I also said, it's not up to me to say whether or not T is happy in her job, or if it's what was expected, etc. That's up to her at her annual review.

I also had a bit of a moan about the new surveyor (which, I think, they're mostly already aware of, too). It's mostly frustration that someone who is supposed to be a professional and have experience of this sort of thing has to be constantly chased and eats up a lot of admin time because of it. I used the words 'I'm not his wife or his mom'... ha ha! It just popped out, but it feels a bit like that. Stuff disappearing into a vortex and chasing, chasing, chasing to get it back. It's exhausting and annoying.

Anyhow. It's a good thing I was sitting down because they surprised me with not only a pretty stonking raise (a hair over 10%) but also a £1,000 'bonus'! Holy cow!! Basically, it's to say 'thank you, sorry we're late with this, and we're very grateful you've stayed.' Wow. Totally unexpected, and I'm very, very pleased I can tell you. Of course, now I'm rolling all kinds of things around in my head with what I can do with my bonus when it should be a no-brainer: throw it on my debt! I only moan about it all the time. I'm taking a bit of it (say, £200) for me. I really want a massage, some new (thrift shop) duds, potting soil and pots, and maybe new shoes for walking to work. I'm going to sit on most of it for a bit and figure out the best place to put it. I can wipe out a credit card balance with it BUT will that save me the most in the long run, you know? Anyway. I don't want to rush into anything and will give myself some time to plot out a couple of options.

My new, slightly higher paycheque will help too, as I can raise my monthly payments on everything to get on top of things faster. What a great surprise that was!

I got out for a walk with my friend last Sunday - at last! - albeit a short one. We had a two-three hour window of reasonably clear weather, so we took a chance. We took a turn around the reserve, which is about two miles, and took us just under an hour. We hadn't planned on a proper hike, it was to catch up and clear our heads more than anything. It was great to finally see her. It meant, though, that I missed my writing group, which had moved from Saturday, so that was a shame. Our next walk (with three of us) is scheduled for 6 June and will be a longer one around the area, and I'm looking forward to it.

I confirmed my week's holiday in mid-July too, so hopefully that will take in a visit with my sister in Devon. Otherwise, a week off is a week off! I took that week purposely as my boss has taken that week off and it means that it won't be quite so manic at work. It just made sense. So, that's something else to look forward to. :)

Otherwise, I finally finished my Intro to Forensic Science course. Not entirely sure it was relevant to what I wanted, although it was pretty interesting and gives me an idea of some basic things to keep in mind when setting up a crime scene. I've not delved into the other three again (yet), but have plans to do so this weekend as well.

Anyway, that's more or less it from me again. Hope you are well and safe out there!

Posted by Northern Living Allowance at 11:32

Wow! A pay raise and a bonus, so happy for you! That should help so much with the debt paydown, and wiggle room on rent etc. Love that you have scheduled time off too - sounds amazing. :D Enjoy your next few days off!

Hi JJ - thank you so much! Yes, it'll definitely help lighten the load a bit. Phew! :) And thanks, I plan to do just that :D Holidays - hooray! xx

How wonderful! Congrats on the very well deserved bonus and the raise! Enjoy your time off and relax.

Huge congrats on the bonus & the raise! Sounds like it was very well deserved, and being appreciated is such a wonderful feeling.

Hi T'Pol - thank you!! I'm still feeling a bit overwhelmed, honestly. SO unexpected, but so welcome. I am enjoying my time off very much so far! Hope you are enjoying Antalya! xx

Hi HP - thank you so much! Sometimes you wonder, you know? I moan about work a lot, I know, but I also know I'm very lucky to (still) be employed and busy enough to moan about *that*. It is nice to be appreciated, though, as you say, because sometimes it can get lost in the confusion. Hope you're able to get some proper wind-down time amongst your to-do list tackling! xx

Somehow I missed this post but just wanted to say congratulations on your pay rise - they obviously appreciate you! What to do with the money? If it were me I'd take just a little to "spoil myself" as you say and then bank or pay off debt with the rest. You have to have some fun too don't you!

Hi Treaders - Thank you :) It was a bit of a relief, I have to say, too. Yes, I think I need to make a list of 'spoils' and then I'm going to bank the rest and sit on it for a little bit. Fun will likely take the form of more plants (I've already bought 3) as well as repotting bits & pieces as and when I can find them. xx