Halfway through another month 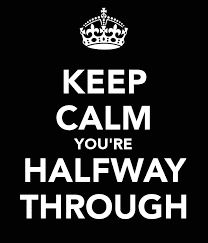 Figured it was time for another update, seeing as the month is flying by. They all seem to these days, leaving me a bit of awhirl.

The weather is improving after a few days of heavy winds and rain, and the next few days are supposed to be quite pleasant.

I still don't feel settled. It's going on two months now. I go from sofa to sofa to table, back to a sofa. It's really strange. I think it's the fact this place is more suited to a couple or a single, and I just feel that while it's a lovely spot, it's not 'mine'. I'd like to make enough to afford it on my own, but I don't (right now). So, until I can get myself sorted in that department, I work at the shop and to pay down my debt and save for another move in 12 months or so.

Roomie E bought herself another car at last - an Audi A1, a nice sporty compact. The other day she asked me, 'where do I get diesel?' (she prefaced it by saying 'stupid question, but...') Ha ha ha! I just told her wherever she likes. But she's really happy to have a car again, and one that's so nice.

Hope you all have a lovely weekend!
Posted by Northern Living Allowance at 16:15

My car runs on diesel too. I was expecting it to be noisy but, thankfully it is not. Diesel is cheaper in Turkey than unleaded gas. Tomorrow I am taking the car for 30,000 Km service. Hoping it will not cost much. I do not know what they do besides changing the oil.

Ooohh can you give me the recipe for the Nanaimo bars! I found one on the internet but haven't made them yet. My former colleague was a Brit but moved to Canada (and now also Canadian) and he raved about Nanaimo bars - and I love to bake!!!! And I know what you mean when you say you "just lived in Canada". I've been in France longer than I ever lived in the UK but that doesn't mean you know an awful lot about the politics/history etc. You know how they live don't you. That'll have to change for me though as I'm putting in for French citizenship and apparently the "background" test is hard. I don't mind the language part of it but French politics???? Oh dear, I'll have to knuckle down I guess.

Hi T'Pol - diesel has changed a lot in the past few decades, that's for sure. Big engines like the buses still are noisy, but car engines seem to run very quietly and smoothly. I was just advised against diesel if you're not putting hundreds/thousands of miles on a vehicle every year because it isn't really worth it. Diesel is more expensive than petrol here, though. Good luck with the service - hope it wasn't too expensive and all is well there. xx

Hi Treaders - I actually found the recipe on the Internet - I'll post it in my update this weekend if you like. Ironically, it's the recipe of a Canadian woman living in Shetland, so...it was quite successful. I, of course, know what they're 'supposed' to taste like, and they're fine, just *not* like what I can get in Canada. No surprise there, but they're a fair imitation, so I was pleased with the result. Oh, best of luck on your citizenship test!! I have no doubt I wouldn't pass either the British or Canadian one, so I suppose I'm lucky I don't need to. Just remember, 'Macron' only has one 'a' - ha ha! xx

If you need general genealogy info(not ?s about specific people unless you need USA records)I might be able to help while you wait on your professional genealogist.
I've been doing genealogy for quite a few years now.....

Hi Sluggy! How nice to hear from you - I didn't know you read my blog. :) I do read yours so have followed your genealogical puzzles and seen the amazing connections you've found. I'll think of a few questions (basically trying to build my main character for my book - for whatever reason, I've decided she's a genealogist) and ping them over. Thank you very much!xx