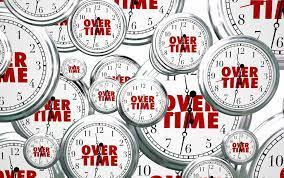 elliswhittam.com
Mid-April (already), the weather is glorious, if still on the cool side, and it's been a very busy week and a half.
After my extra-long Easter weekend, I did some overtime last weekend. I've always said that I'm willing to do it, so I was happy to finally get some - it's just that I'm no longer the age where my body is so glad of it! Ha ha! It doesn't come on offer very often - this is, in fact, only my second time doing it in five years - and I put in 16.5 hours! We were falling behind on our report typing so I hammered out six or seven reports, including one that took me about 4.5 hours to type (house worth £££££££££££££££££££ in London). I got a few other bits & pieces sorted out as well, so it was well worth it. Feeling less stressed now, although I'm POOPED! Friday couldn't come quick enough and it felt like three days in one with all that was happening. What a very weird day it was.
It means, though, that I've got a chunk of overtime pay coming to me at the end of the month, which I'm pleased about, and I'll put a little extra towards my debt. I'm not feeling quite as pressured about it all at the moment for some reason. Stressing about it doesn't help it get paid any faster and just makes things much grimmer than they are. Slow and steady is the only way I can do it, although I *am* doing some research into ways of writing it off or at least reducing payments. There are options out there, I'm just torn about it all as it would ruin a credit rating I've worked really hard for. And, as it's all my own fault, I feel a sense of responsibility to get it sorted the same way. You know? It's something I've been rolling around in my mind for a long time - have even gone to see someone already about it, and is something I keep coming back to. The psychic advised (I asked specifically about money) to take an option of writing some off if given the opportunity, so that lined up nicely. She said - which makes a lot of sense - that the Government is going to have to do something because once furlough ends in September, there will be a LOT of people who have incurred incredible debt who are going to need help with it. That much collective debt can seriously damage a country's economy, so they'll have to offer something.
Anyhow. I added up my debt the other day and was surprised, and rather pleased, to see it wasn't as much as I thought, which is good, although it's still more than I'd like. The slow and steady approach is good, it's just...slow.
To that end, I have also chased a review at work. I wasn't going to be narky about it this year simply because last year was so weird, but because things have changed at work I feel I need one (and deserve one), so I asked. No set date, just when there's time. So, that's something at least.
I signed up for a free online forensic course through the University of Strathclyde. I've done a genealogy course through them as well, which was excellent. I thought this might help with my writing. If I can figure out HOW a crime is solved via forensics (obviously, the course is basic and we don't get the magic of the background scientific work to work with), then perhaps I can build a crime working with those aspects. It's a six-week course, released one week at a time. Last week, week one, was the foundations of the course, what we could expect and reviewing a crime scene that is the basis for the course. We'll be building on that as we go, taking each part of the process bit by bit to see how it all works together. It's so interesting! Week Two is on my to do list for this weekend.
I've also registered for about a million talks at the Welsh Crime Festival. The first official one is planned for next year in Aberystwyth, but they've gone online this year as a precursor to that. Lots of discussions about writing and ideas and finding your voice, etc. Fantastic - and entirely free. So, honestly, have signed up for most of the talks (I think 15 out of 18 - and I might just go back and join the rest!). My evenings from 22 April are going to be busy! :)
I was awake early (not unusually) this morning and by 8:00 had already done my laundry and had a cheesecake in the oven! Today is a beautiful day, but I really just need to spend some time here and get some rest and a few things done around the flat. Tomorrow is more of the same, weather-wise, and I'm going to take myself for a nice walk at the reserve. I'll cobble together a lunch and take myself out for a couple of hours.
All our 'non-essential' stuff re-opened on Monday and it's been like kids in a candy store. Absolute madness. Not necessarily a bad thing, but nothing will really change for me. The holiday let portion of the B&B is back open and already busy, pubs, bars, restaurants, charity shops, hairdressers and barbers, etc. I'm glad for them, this last lockdown was a tough one - felt like it lasted forever.
Here's our current guide:

Step 2, which will be no earlier than 12 April, will see the opening of non-essential retail; personal care premises such as hairdressers and nail salons; and public buildings, including libraries and community centres. Indoor leisure facilities such as gyms will also reopen (but only for use by people on their own or in household groups); as will most outdoor attractions and settings including outdoor hospitality venues, zoos, theme parks, and drive-in cinemas. Self-contained accommodation such as campsites and holiday lets, where indoor facilities are not shared with other households, can also reopen.

Hospitality venues will be allowed to serve people outdoors at Step 2 and there will be no need for customers to order a substantial meal with alcoholic drinks and no curfew, although customers must order, eat and drink while seated (‘table service’). Wider social contact rules will apply in all these settings to prevent indoor mixing between different households.

While funerals can continue with up to 30 mourners, the number of people able to attend weddings, receptions and commemorative events such as wakes will rise to 15.

And then, assuming all goes well, we're back to 'full normal' from 12 June. My colleague says she's pretty sure we'll be back in lockdown again come autumn, and I agree, but at least we can maybe have a good summer. Optimistic, or what? Ha ha!

Really, the Government is damned if they do, damned if they don't. I'm marginally more optimistic with this new 'slow release' plan, but I still maintain that shops and pubs and restaurants and every place where people gather in crowds can put every single possible measure - and more! - in place to make/keep their staff and patrons as safe as possible, but if people don't give a shit and don't want to follow the rules, then THAT IS THE REASON WE'RE STILL HERE. Businesses can only do so much. Pubs were already in trouble, and this past year has been particularly devastating to the industry. There are plenty that simply won't have been able to make it, along with many, many other businesses - some of our big High Street names, a few of which were in trouble prior to the pandemic, have had this underscore their issues and they've closed their doors or some of their shops. I'm not surprised that pubs and hairdressers were full to bursting on Monday. It's actually quite nice to see life back to relatively normal, although we still have a little way to go yet. I've been far from perfect, but I'm looking forward to getting back into the charity shops for sure.

It's affected me differently because I've only really had one lockdown - I've been working since last July and have effectively missed the last two. I've been 'back to normal' a lot longer than most, so nothing will change for me, even with more things reopening. My colleague is astounded by that - she's already got plans to eat out, go places, see people, do stuff, get her hair done, get her nails done, etc. There are almost 25 years between us, however, so our normals are already very different! I'm very much a homebody generally, and only eat out when I meet up with my cousin or something. I'm looking forward to at last getting together with friends for our monthly walks, though.

Anyhow. Here we still are to a degree. But at least the weather is good again - that, I'm sure, is why the last lockdown felt harder, dreary winter weather - and we can get outside more easily. People are feeling better too now, with things open and the sun out, even if it is still relatively cool. That helps a lot.

I hope you're all as well as you can be under our various circumstances and can have a restful and enjoyable weekend. x

Posted by Northern Living Allowance at 11:49

Great to hear from you NLA. Did you say Aberystwyth? Isn't that where Hinterland was filmed? My BFF (American) and I are soooo hooked to it. We are watching it online every day. I am sure it is a much more pleasant place than they show on the series. I appreciate British Mystery and Crime works tremendously. I am looking forward to your crime novel.

Hi T'Pol! Thank you. Yes, Aberystwyth, home of Hinterland. Brilliant! I watched it all in a bit of a marathon if I remember correctly, after trying (and failing) to watch S1 when it first came out. I've since learned that a slow start is not necessarily a bad thing! I love the British crime shows - the writing and production are some of the best in the world, really. Perhaps I should register to go to the Festival next year - Hinterland made me want to visit. xx

I think you're absolutely right about the pandemic. If people behave like idiots and no longer do a minimum of social distancing etc. everyone will be right back in lockdown come autumn. It's a shame because businesses need to be open and people are fed up of the pandemic but a few idiots can ruin it for the more sensible people. And your forensics course sounds absolutely fascinating! Hmmm, something to think about!

I'm inspired by your productivity and enthusiasm! Happy Spring!

Hi Treaders! Visual signs of pub nights are beginning to appear in out-of-the-way places - including one in the parking area of our office. Ahem. Gross! I'm not generally a pub-goer anyway, but I sincerely hope we can stay out of another lockdown. Genuinely don't believe much would survive another one. The sensible folks are still masking and spacing, but we all get through these things the way we choose, don't we? The forensics course is excellent, actually - we did fingerprints/marks last week and it's DNA this week! xx

Hi MW! Thank you, that's very kind of you to say :) Happy Spring to you as well! xx