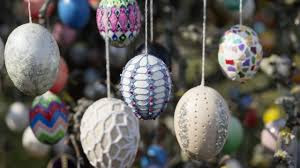 Thanks for the recipe for the lemon mousse cake - I'm always looking for recommendations. Regarding getting rid of books, do you not have a kind of "book exchange" set up somewhere near you. I don't know what they call them in English but you know, somewhere like an old telephone box where people just leave them? It seems sad that charity shops aren't accepting them!

Hi Treaders! The cake is delicious, but note that it is quite sweet despite being lemony. You might want to cut down on the sugar. I’ve got a massive sweet tooth and even found it a bit much! A little disappointing. Also, put it in a bigger tin than they recommend otherwise it’ll take hours and hours to set properly.

I know the little boxes you mean, I’ve seen them and passed one just last weekend (in an old telephone box!), but not seen one anywhere near me. I wonder if there’s a website I could check? It’s a great idea, thank you. xx